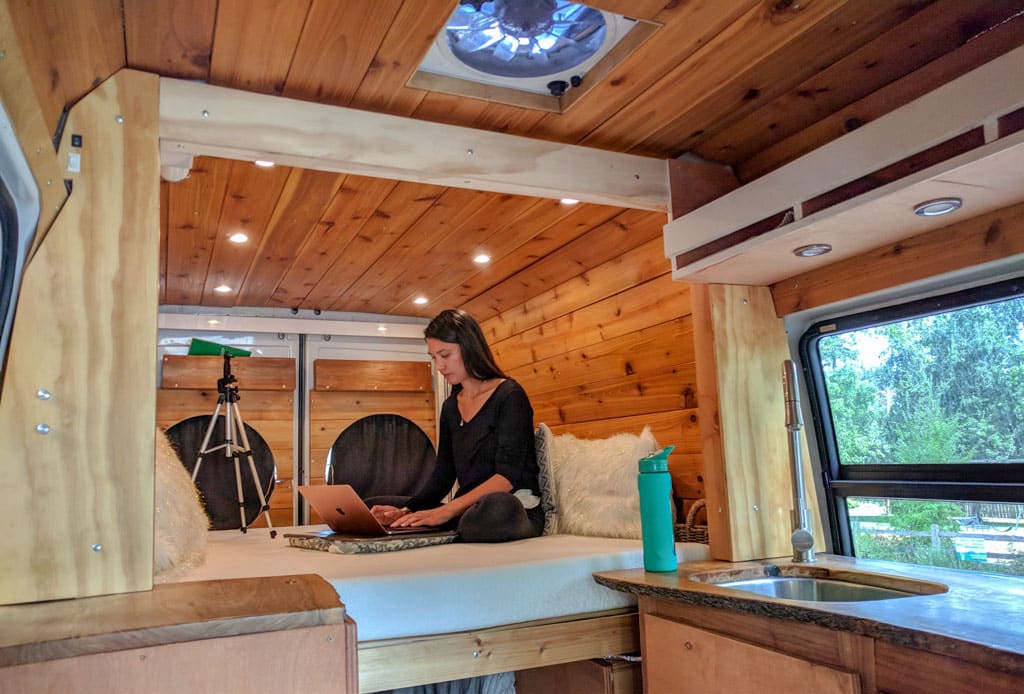 Hi there. We’re lowering the price to $35,000 because we would like to sell this week. We’re doing showings (in person and virtual) starting on Thursday. Private message to setup a time.

If you’re looking for a beautiful, functional van at an accessible price point, this is it.

This beautiful van was originally created by Richmond and Juliana of “Home Sweet Van”. If you would like to learn more about this van’s creation and travels, you can find it here: https://www.instagram.com/homesweetvan/

-The van has been well taken care of. Oil changes at regular intervals.

-This has the low-maintenance exhaust system featured in Sprinters produced from 1994-2006. It burns low-sulfur diesel and ultra-low-sulfur diesel, which means that it can travel into South America.

-2003-2013, it was owned and regularly maintained by Lithia Toyota Scion of Grand Forks, ND. It received regular fleet maintenance during this time.

-The woodwork inside is unique – it has a sealed wooden kitchen counter with gold and black accents.

-3 water tanks sit under the sink – 2 for clean water that feed the faucet and one for greywater that drains from the sink.

-The bed lowers on top of the benches to reveal a queen-size mattress.

I pulled a Carfax report for you.

The following maintenance history comes from paper records (that come with the van). Significant services and updates were performed in 2016 in order to pass California Inspection: